< Back to Accessories Inventory
< Back to Folk Art Inventory 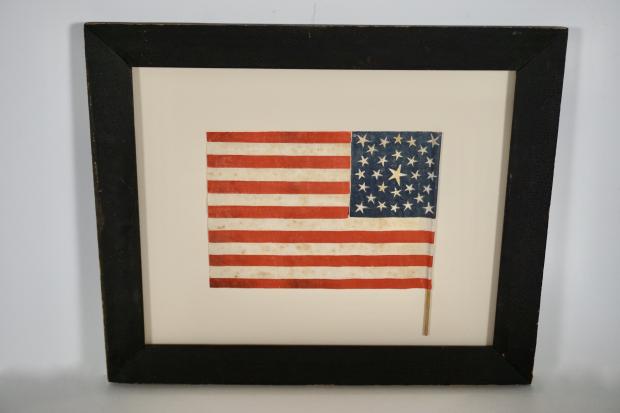 The twenty-nine star flag commemorates Iowa’s statehood in 1846 during James K. Polk’s presidency. This flag, printed on coarse glazed cotton, is rare because it was only used for fifteen months until Wisconsin became a state in 1848. The medallion star arrangement with corner stars and a large center star have a folky quality. The flag has some light foxing and is in an antique frame. Flag width: 7”, Height: 9.5”. 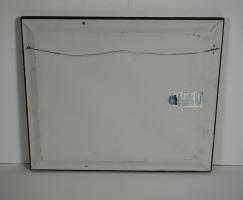