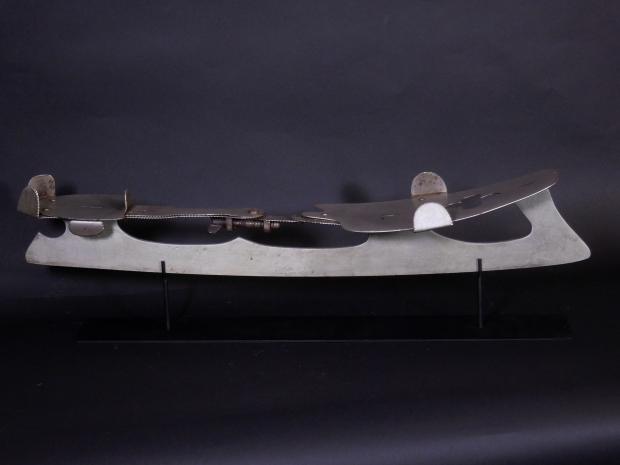 This oversized ice skate was used in a store window to promote the sale of ice skates. The display was made in the late 19th century and was etched and plated by F. W. Roehrig of New York. The blade is etched with the Memorial Building and Horticutlural Hall from the 1876 Philadelphia Centennial Exhibition in Fairmont Park. Lady Liberty, a spread wing eagle, and two skating scenes are also etched on the blade. The skate is in good, original condition, but there is some surface deterioration to the nickel plating. W: 32.5", D: 7.75", H: 5.5". 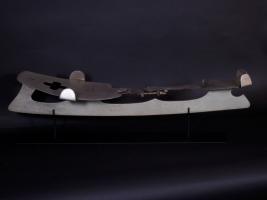 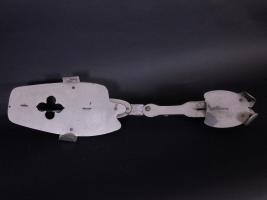 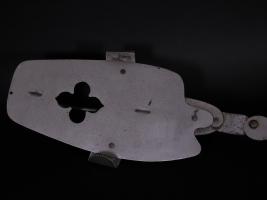 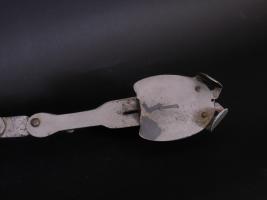 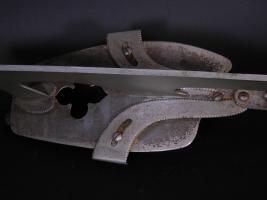 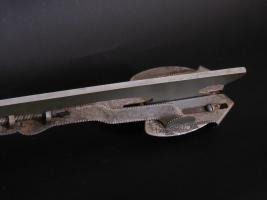 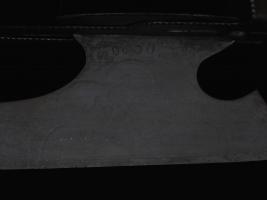 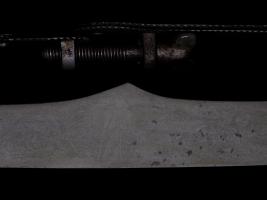 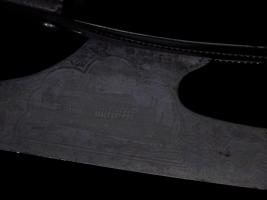 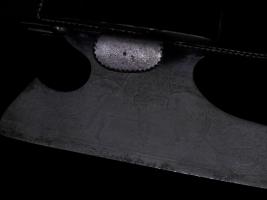 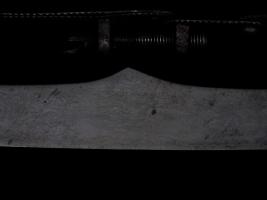 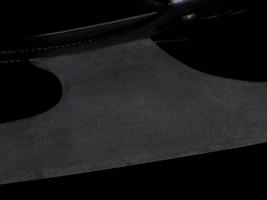 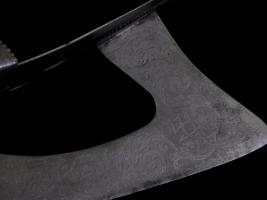