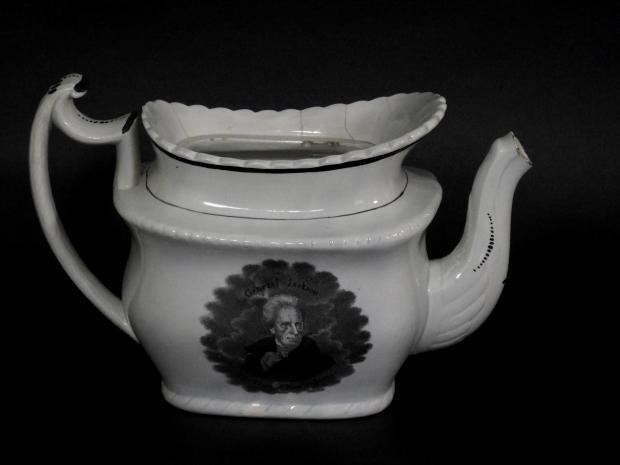 This is an extremely rare teapot with two images of Andrew Jackson and the words; "General Jackson" and " The Hero Of New Orleans" around each portrait. Manufactured in England for the American market, the teapot was made prior to 1829 when he was elected President of the United States. Andrew Jackson, the 7th President of the United States, was born in 1767 and died in 1845. The teapot is in poor condition; it is missing the lid, the end of the spout is missing, there are four hairline cracks around the top, a hairline crack around the spout, and a spider crack on the bottom.  I would not normally purchase an item in this condition, but this teapot is so rare that I could not resist. W: 10", D: 5", H: 6.5". 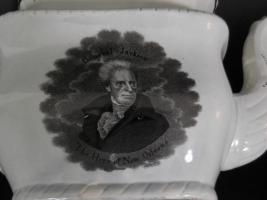 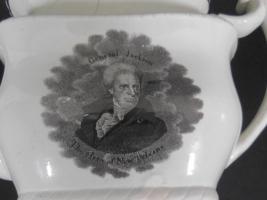 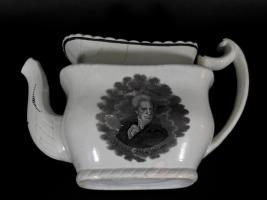 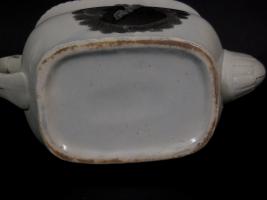 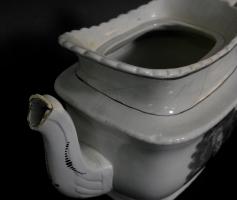 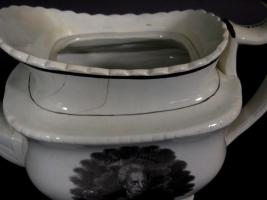 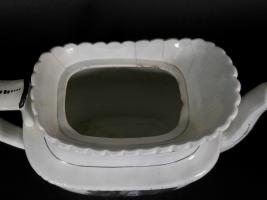