Lithograph Print Of George Washington On A Wood Panel 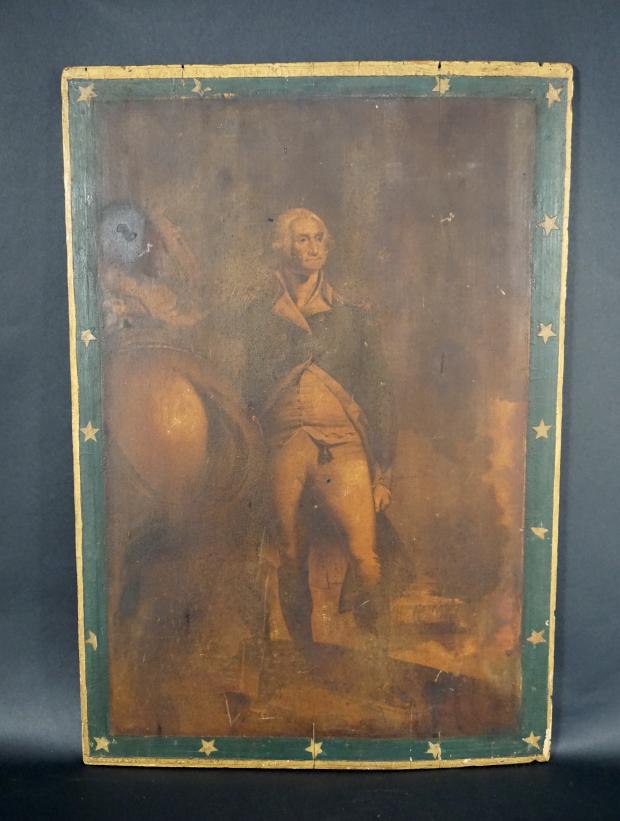 This is a lithograph from the second half of the 19th century of George Washington laid down on a poplar panel with applied paper stars on a green painted border. The print is based on an 1806 painting by Gilbert Stuart commemorating the Battle of Dorchester Heights, MA on March 4, 1776. The battle was Washington's first campaign against the British and his first victory. There is an area of loss to the left of the horses head and several small areas of loss on the lithograph. W: 18', H: 26'.